A great story recently appearing in the North Queensland Register, interviewing Don about the release of LongLegs as a Certified Organic Retail Brand.

2015 Australian Organic Farmer of the Year Don Murray’s family company has launched a new brand, Long Legs, to help consumers easily recognise its organic vegetable line. They have farms in far north Queensland and NSW.
AN award winning far north Queensland organic vegetable grower has launched a new brand to help consumers easily recognise its product line.
Don Murray, wife Elaine and son Brendan grow a variety of organic vegetables including zucchini, pumpkins, onions, tomatoes, sweet corn and peas under the Nature’s Haven label.
They farm 1000 hectares across four properties in far north Queensland and 130 hectares in southern New South Wales.
The success of Nature’s Haven is undisputed, with the company recording strong growth since starting. So too are the people behind it – Don was named 2015 Australian Organic Farmer of the Year and Brendan a finalist in the Young Leader Award.
But Mr Murray said Nature’s Haven was a “nice organic name” no-one remembered.
“If you look in supermarkets and retail shops our name never stays on anything so we were thinking we needed to come up with a better name that people would remember to start with and get it to stick,” Mr Murray said.
Long Legs is inspired by the brolga.
“The label is for the consumer to see so they can recognise that brand,” Mr Murray said.
“Most people recognise long legs once they’ve heard of it.
“I’ve always wanted a brolga to be part of our name because there’s brolgas in NSW and on our farm up here, and I’ve always liked the look of the brolga.”
Long Legs Certified Organic products were launched into the marketplace about six months ago through Coles and preliminary results show the new brand is helping sales, however, a true picture won’t be known for another 12 months.
Mr Murray said the label also had a cartoon.

Don Murray and wife Elaine grow organic vegetables at Dimbulah and recently launched a new brand, Long Legs, for their products.
“We are looking at that for kids to educate them about organics and use in the Asian market where a lot of the young adults love cartoons,” Mr Murray said.
Nature’s Haven products sell at supermarkets and retail outlets down the eastern coast of Australia, Northern Territory, Western Australia, Adelaide and Tasmania with a small amount exported.
Mr Murray said the 2015 Organic Farmer of the Year Award was recognition of his family’s hard work.
“It’s a team effort,” Mr Murray said. “We have grown the business quite drastically since we started. In the first year we turned over $100,000 and now we are up to $3.5 million last financial year, funded all out of our growth.”
Planting begins at the Dimbulah farm this month. 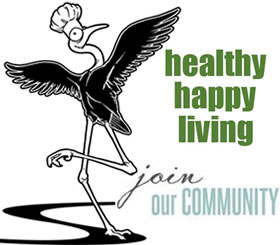